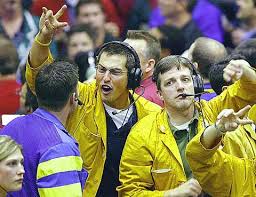 Last Friday was the March meet of P.O.B. and we had a good turnout with some new faces. Plenty of games were played over the 5 hours of gaming. 5 hours! yep, bet it went by in a blurr.

First up I played Pit, maybe the loudest game I have ever played. It was fun, especially when one player thought he had to collect one of every card type. The rest of us couldn't figure out what was going on until he asked if it was really possible to collect one of each kind. Good fun.

Next up we split off into some smaller groups and I played Cleopatra and the Society of Architect's which was a card management type game. It had some lovely pieces that you used to build up an Egyptian area that looked amazing at the end of the game. I managed to win the game by about 10 talans which was good. Can't really say I expected to win but I just went hell for leather on the build using corrupted resources. Then offered huge amounts to the gods to off set the corruption.
Next up was Chicago Express which is a great train game. Not as deep as Age of Steam which was running on another table but has more than enough strategy to keep it fresh. I struggled a bit at the start although I have played it before. Its all about bidding enough money for the railroad shares without paying over the odds. I did OK, but not enough to win.

The other games, Age of Steam and Age of Empires 3 were finishing up now so we decided to play a couple of games of werewolf to round off the evening. Unfortunately Mudhoney had forgotten his cards, luckily I had a copy of coloretto with me. So stripy chameleons were werewolves and green ones were villagers. It all worked out well, especially for the werewolves who managed to win both games.

Next meet has been scheduled for the 24th April if anyone fancies coming along.
Posted by Count Zero at 9:58 AM

Cleopatra is an intersting little game with some fine goober. Glad to see that you did not get thrown to Sobek at the end.