After playing Brain Training and Brain Accadamy it was only a matter of time before I was hooked on another puzzle gamefor the DS. This is it, Picross and its fantastic. Its a cross between Suduko and dot to dot, well kind of.

Well, after 45 minutes of play over lunch I am hooked and waiting for end of day so I can give it another bash. So give it a go.
Posted by Count Zero at 6:07 AM 1 comment: 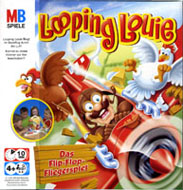 Ok, when I said I play all types of games I wasn't kidding. I bought this for my 4 year olds birthday this week and its brilliant.
I am currently the house champion even fending off my brother last night, and if you know us we are very competitive.

Waiting for the guys to come over so we can play it as part of a drinking game... Oooo Yes...
Posted by Count Zero at 12:24 PM No comments:

4 days in and I am really enjoying this MOG. I have rolled up an Elven Hunter, influenced by Strider, Legolas and many old D&D characters.

There is so much to do and explore in this game its amazing. Unfortunately all this exploring takes time and there have been a few late nights recently.
Posted by Count Zero at 12:19 PM 1 comment:

Decided to start teh evenings games with something light and Incan Gold was opened. This was the first time that anyone of us have played it and it played really nice.
The rules were explained very quickly and the first game started.

Cave 1 went on for a bit and one by one all the others bailed taking home there treasure. I pushed my luck one more time and hit big. A 17 treasure card, that was enough for me so I also left the cave.

The rest of the caves either ended with a double danger card or us bailing at around the time. I won the game purely on the extra treasure one in the first game.

AS it was a quick game we decided to play again which is a rare for our group. We tend to play one game then another not the same game multiple times.

Now that the guys had the rules sussed this one was a bit tougher. Idols started appearing and we were trying to push on into the cave, but also try and be the only one to leave the cave to get the idol. Other than a double snake cave the rest of the game played well. The game was to teh wire on the last cave, I knew Frank was in the lead so after the others had bailed I had to keep pushing on to try and get enough treaure. My greed was my down fall and a Zombie saw the end of my run.

Frank left the cave with a sackful of treasure to win the game. All players agreed it was a good game, nice and light but has the scope to be allot of fun.
Posted by Count Zero at 12:22 AM No comments:

Lord of the Rings : Online

What have I done? After a break from MMORPG's for about a year I have been tempted by the Lord of the Rings game. It looks nice and fingers crossed will play on my rig.

Only a 10 day trial key courtesy of Tals, but it may be enough to get me hooked again.
Posted by Count Zero at 4:52 PM No comments: